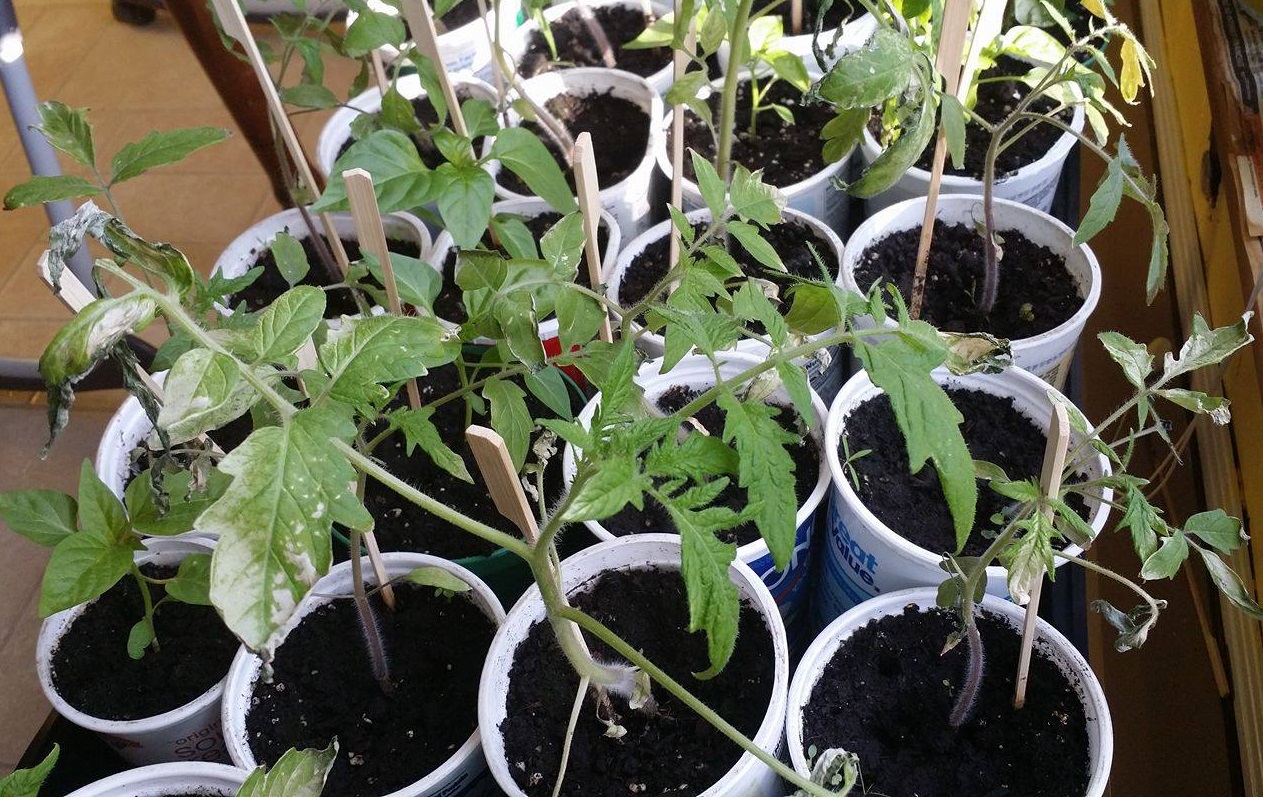 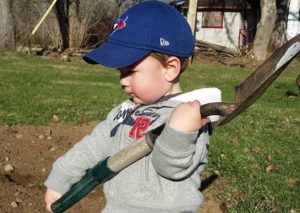 Well, we’re into the second week of May and it feels like we went directly from winter to summer! We’ve had temperatures in the high teens and even low twenties (That’s in Celsius, folks)!

With the sudden rise in temperatures and the knowledge that we would be planting our tomato and pepper plants started from seed outside in about three weeks, I decided that it was time to place my plants outside to get the “hardening off” process started. My plan was to place them outside during the day and pull them into the garage for overnight. This would gradually acclimatize them to the harsher outdoor elements.

The plan seemed reasonable and I excitedly spent the better part of a morning dismantling my indoor setup and hauling it outside.

I took the table that I had been using under the kitchen window and set it up close to the garage. My logic was that it would have some protection from the wind and some shade for my tender plants.

My plan turned out to be less than perfect! It was much too windy, and the delicate leaves of my plants got tossed around way too much! They also received more sun than I had anticipated. 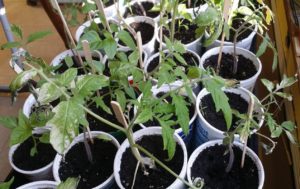 By the time I realized what was happening, and carried everything back inside, it was too late! The result was windburn and sun scald on my poor babies! See the shriveled, dried leaves and the white spots?

There are some leaves that have not completely shriveled and the plants are all standing. My research tells me that these plants can often survive such damage, but only time will tell!

My plan is to baby them along for another week, keeping them well watered and INSIDE!

I have started opening the windows and allowing a light, indirect breeze around them, which is what I should have done in the beginning!

It’s a painful mistake, but one that I have learned a lot from!

I had some of the right ideas, but I have learned that “hardening off” of these tender plants is more important than I realized.

My new rules for “hardening off” include:

The first outdoor days are actually best on cloudy days.

The first outdoor days should be on calm days and make sure that the plants are set out in a protected area. You don’t want the wind tossing those babies around!

Don’t jump into a full day on the first day of exposure! Do a few hours at a time and gradually increase the length of time that the plants are outdoors!

Do little things to promote stronger plants from the beginning! I plan on running a fan on low over the plants to encourage stronger stems and increasing the amount of light that the plants receive. This should promote less “leggy” seedlings! 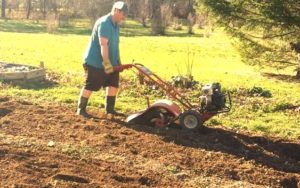 Preparing the Soil! Despite the disappointing week in regards to the damaged plants, we did get our garden tilled! 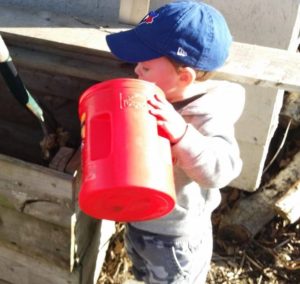 The Little Man had a great time playing in the dirt and working the soil!

I even taught him how to empty the compost container into the big compost box outside!

It’s really exciting that he is getting to experience all of this at such a young age! 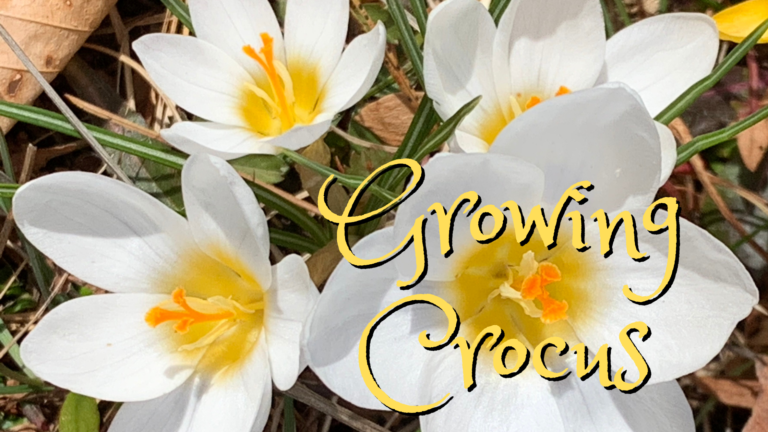 Are you looking for the best guide on how to grow crocus flowers for your spring bulb garden? This week I am talking all about crocus! Why? Crocuses are petite little flowers that appear in the late winter to early spring. They are a sign of hope that spring is on its way as soon… 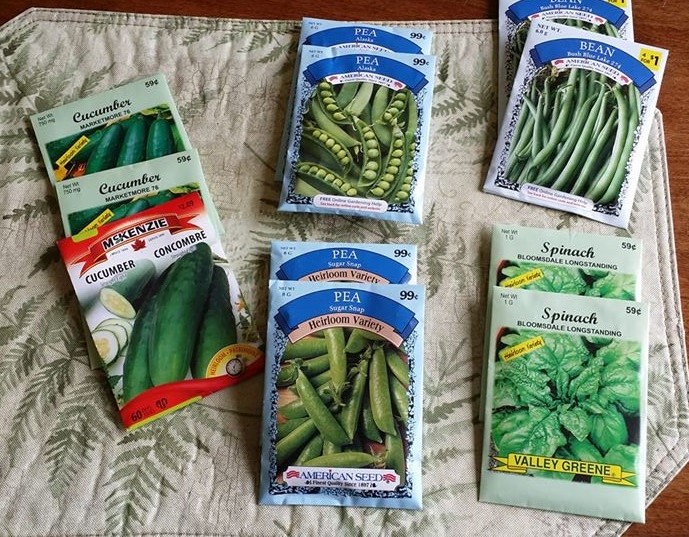 Is everyone else as excited as me to welcome the month of May this week? We get to actually consider the possibility of going outside without mittens! Breaking news! I washed and packed away my kid’s snowsuit, winter hats, and mittens! So, we are NOT allowed to have any more snow, Mother Nature! Okay, so,… 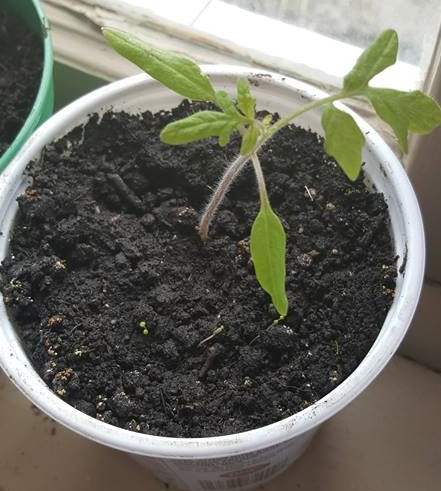 Well, here we go with my first blog entry! I’m excited to start sharing my view from our little corner of the world and hope that you’ll find some comradery in our shared experiences, or at least be entertained! So, what’s going on around here you ask? I’m currently in the midst of potty training…

We have SO MUCH rhubarb growing on the property and I have been trying to make good use of it the last few years! I feel like I have a good system now for harvesting, cleaning and storing the good stuff! At least, it works well for my household! When & How To Harvest Rhubarb… 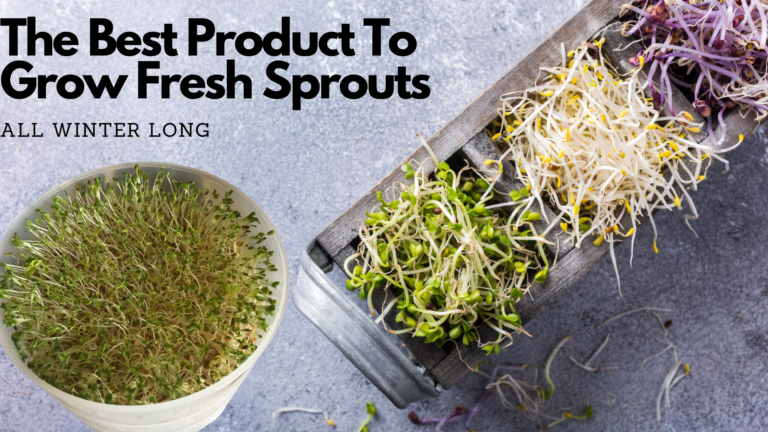 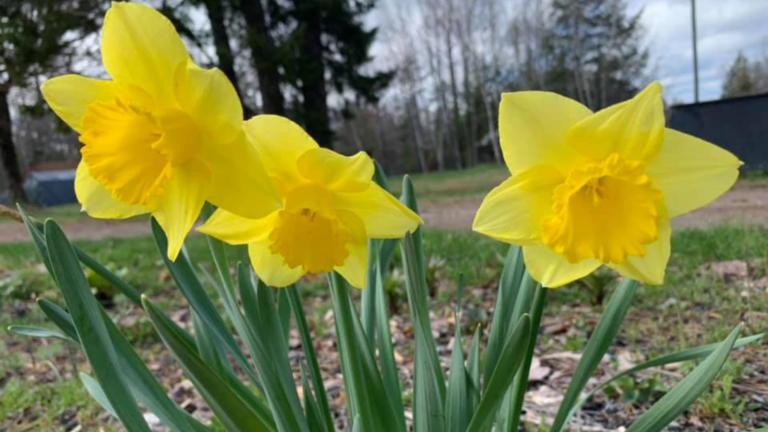 Since fall is around the corner, I thought that I would go over all the things you should know before planting Daffodil Bulbs. The Daffodil brings such joy as we see their delicate faces dancing in the wind when driving down that country road or city street in the early springtime! Daffodils are a very…

Welcome To My Blog! 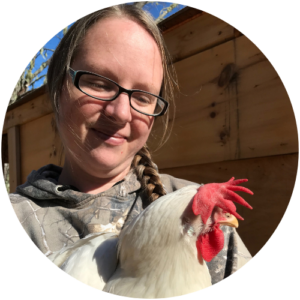 I’m a mother of four beautiful daughters, a pit bull mix, and 11 feathered friends who started blogging to chronicle my family’s journey to self-sufficiency and to offer advice and encouragement to other homestead mamas through our successes and mistakes along the way! 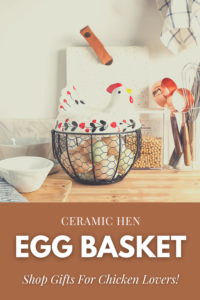